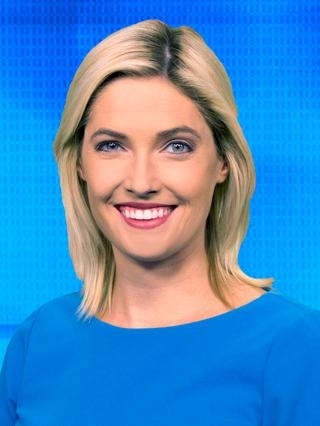 Kathleen is so excited to be reporting in Nashville for FOX17!

She comes to the Music City from Las Vegas, where she reported for the local FOX affiliate. Before that, she was in Pasco, Washington working as a “one man band,” for the CBS affiliate.

While in Las Vegas, Kathleen was the first reporter to break the news of America’s deadliest mass shooting. In the aftermath of the shooting at the Route 91 Harvest Festival, Kathleen covered the extensive investigation and the healing of the city. Her coverage of this tragedy earned her two Emmy nominations in the Breaking News category.

While in Las Vegas, Kathleen also covered the Presidential Debate, the inaugural season of NHL expansion team The Vegas Golden Knights and the historic move to bring the Oakland Raiders to Las Vegas.

Kathleen is originally from Greenville, South Carolina, and is happy to be much closer to home and her beloved Gamecocks! She loves to hike, cook and explore new places, so if you have any good recommendations or story ideas, feel free to email her at Kjjacob@sbgtv.com!