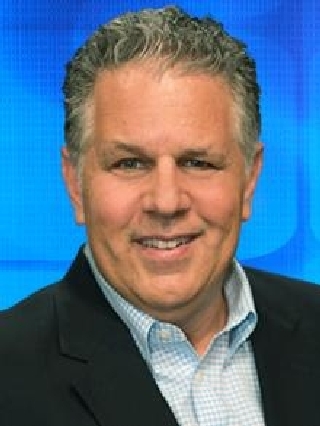 From hard-hitting investigations, to reports that helped change more than a dozen state laws, to unforgettable human interest stories, Dennis Ferrier has been telling stories on television for more than 3 decades.

To this day, one of his favorite things to do is to drive all over Tennessee to listen to other people tell their stories.

Dennis has won 12 Regional Emmys and in 2018 won the Edward R. Murrow award for best news writer in the South. He has nearly two dozen Associated Press Awards.

Dennis is madly in love with his wife Lindsay. They have been married 17 years and still can't get enough of each other.

Lindsay is a travel and lifestyle writer. His adult daughter, Natasha is a stand-up comedian. His adult daughter Katrina is a data scientist . He also has a 15-year old daughter and a 12-year old son who are good students still searching for their calling. The Ferrier family loves spending time together traveling, hiking, biking, and eating. They love Church and service and the enduring promises of Jesus Christ.

Before working in middle Tennessee, Dennis worked as a reporter in Savannah, Georgia. Green Bay, Wisconsin and Milwaukee. He also earned a B.A in Journalism from the University of Southern California.

Dennis believes he is doing exactly what God intended him to do. He loves middle Tennessee's hard-working, generous residents and its beautiful communities. Before he retires he hopes to do a story in all 95 Tennessee counties. Just 13 to go!

He hopes you'll call or email him at dpferrier@fox17.com if you have a story.